The untold story of Brian Diamond & the Cutters!

(by Harry Houben with special thanks to Carl, Cherie and Alan Greenwell 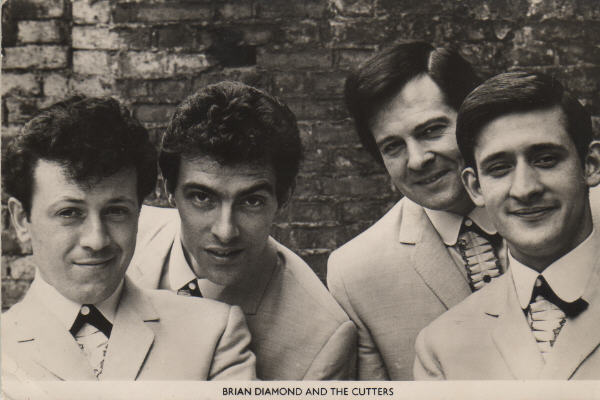 The story starts in the South of London.

I was born and raised in Tooting, South London in 1936. 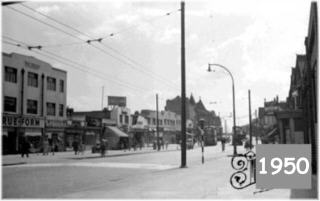 with my Tony Curtis hairstyle and draped jacket.

In a short time I formed a Skiffle Group, what fun that was!

Then I formed a group called The Side Kicks 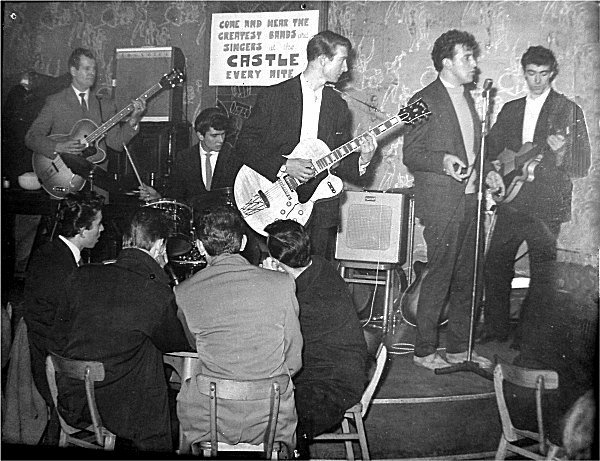 Also known as the Allstars in between:

Douglas Steeds (who was not in the band) Pianist Derrick ? and Lenny Moorehouse!

Douglas Steeds wrote about this photo:

The venue was The Craven Club in Battersea.

at the Wimbledon Palais although history does not show this.

who had a shop in Balham and let the Band try it out. 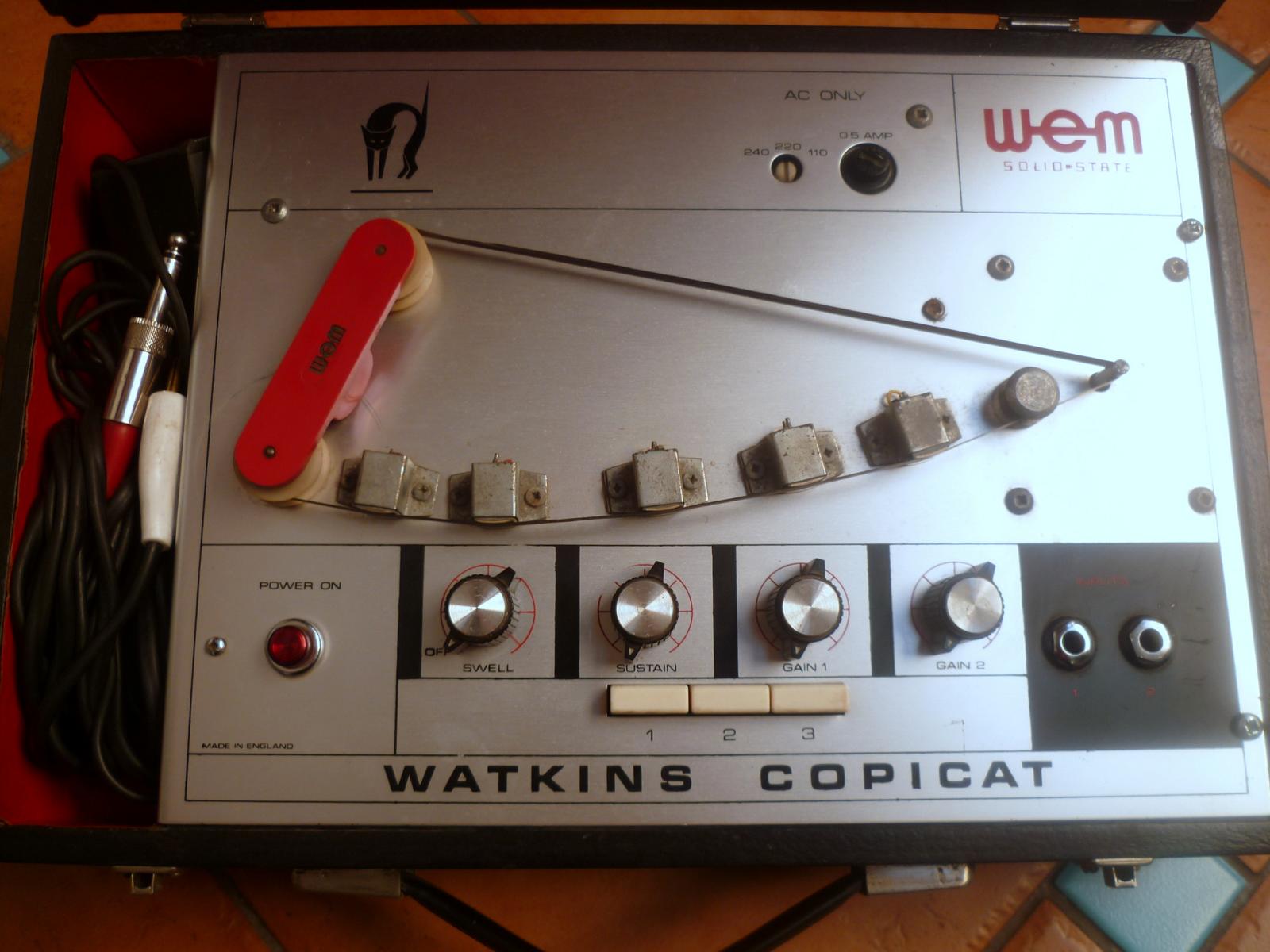 Thank you for this all, Douglas!

We played various gigs in the South London area,

including the very popular London Pub The Castle, Tooting.

The best Group playing there was The Earl Baron 5,

John had his singer leaving him and ask Brian to audition for the band.

Brian was very nervous and walked to the mike shaking.

He sang Del Shannons "Runaway" and hit all the high notes.

They were impressed and he was in!

That was where Brian met Al, Les and John!

Then there was six  in the band.

Four wonderful videos you can see on   BRITISH PATHÉ  ...

Search for: Earl Baron Five. Sorry - it's without sound...

John Johnny Poole  he was a butcher and played bass-guitar

They were the top band down the Castle for quite a while,

Everyone could understand why, he was a very good guitarist,

Alan was also thinking the same way, once again

they all knew he was far to good to stay playing in Pubs.

Les decided he wanted his own four piece band.

Alan decided to join him, so did John, the bass player.

And then they asked Brian if he would agree to sing with them.

and it meant leaving his job, a big risk in those days!

Now they called themselves Brian Diamond & the Cutters 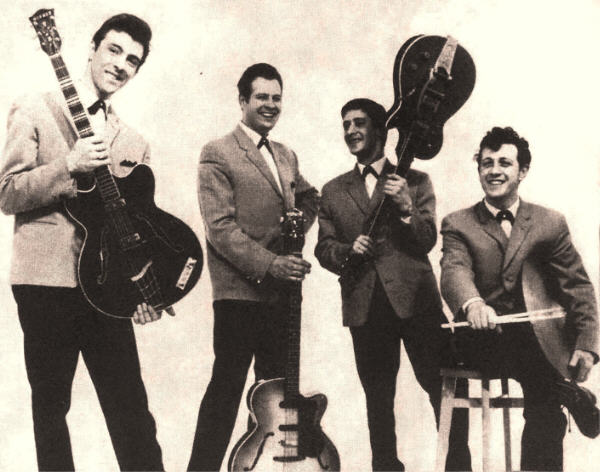 After they turned Professional they were offered a record

contract on the prestigious Decca lable. 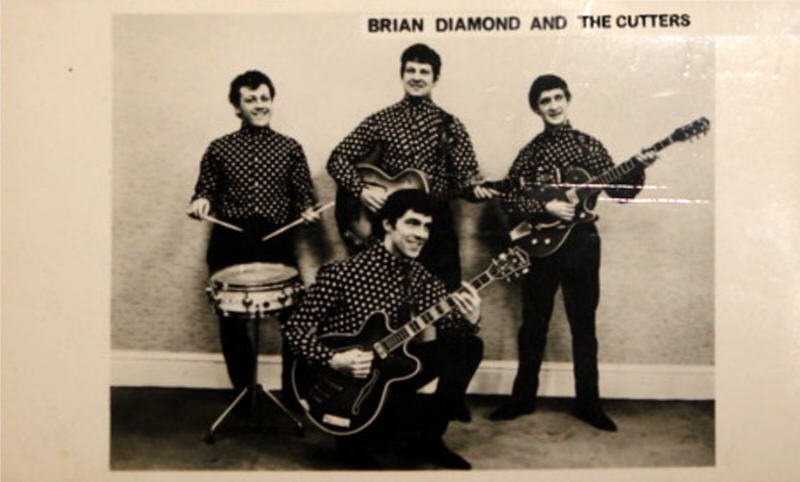 with special thanks to Erol Sommer

and two more from Germany 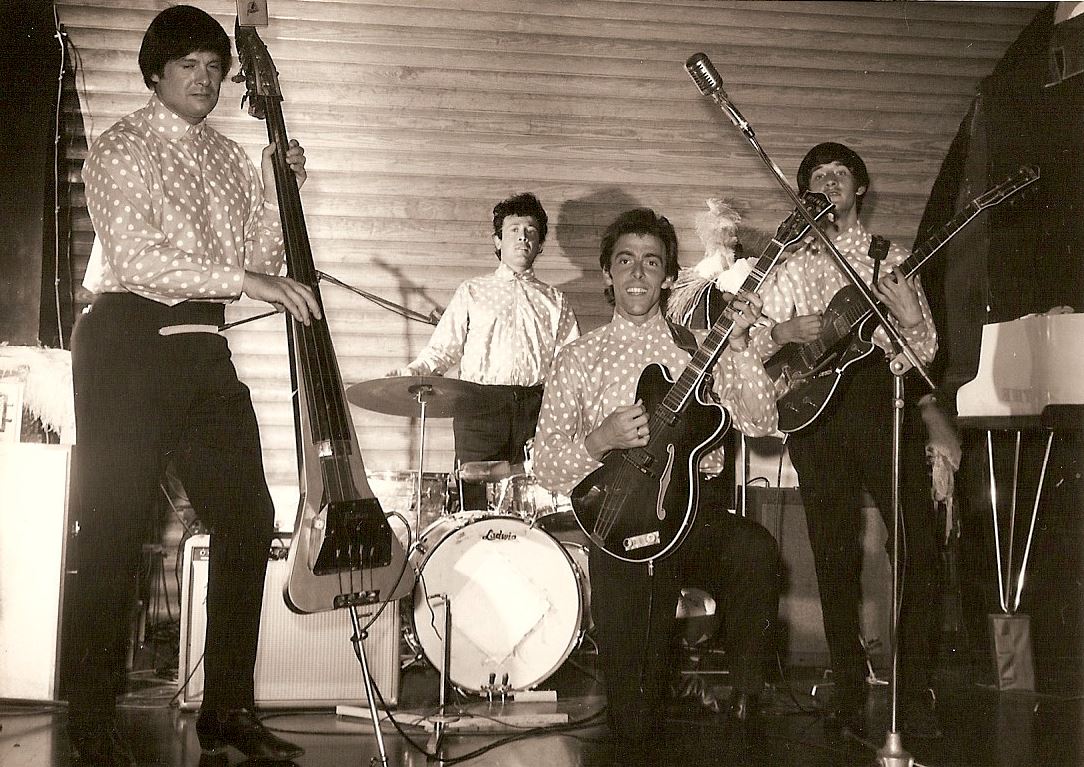 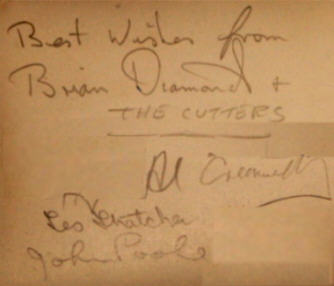 Brian began writing songs and Les did the arrangements.

Together they wrote some titles and in 1963 they made the first record on the Decca label (F.11724).

The B-side was written by Lomax and it sounds like a little skiffle-style.

Our first record was "Jealously Will Get You Nowhere",

which was voted a hit on a popular music programme 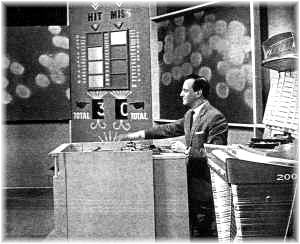 Sadly the record was never played again in England

on the radio or television although we kept writing in

requesting it, the DJ's always said they didn't have

that record but I will play this one instead.

Both titles were written by Diamond/Thatcher.

It was a little more successful than the first.

On the cover the name Dimond was written without an a because it's his real name.

The B-side was written by Michael Browning. 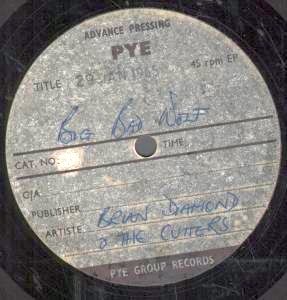 Both titles are Brian Diamond compositions.

The songs were also released in Europe on Vogue (DV.14334) 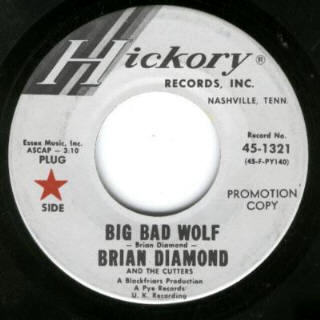 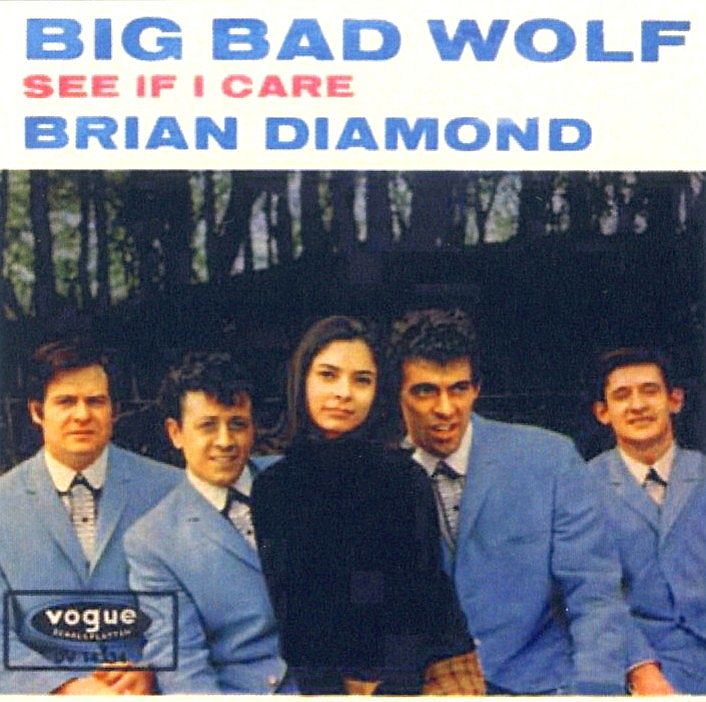 with special thanks to Samuel Coomans

for this very rare German Cover

The A-side was a Brian Diamond composition. The B-side was written by Paul James.

When I wrote the song "Bone Idle", the company

Idol has nothing to do with the lyrics,

Idle is about a lazy person.

And for the B-side by Mr. Kröll (no more informations)

We made several records, that unfortunately

hardly got played in England!

They spoke the words to me and I wrote them

down in pigeon English.  After one take they

said it was perfect. I was offered a contract with

Deutsche Vogue, but it would have meant leaving

the Cutters and my family behind.

And I was hoping for better chances in England.

Die aktuelle Schaubude, produced for the NDR in Hamburg.

I appeared on German television!

I have a photo of this, I will send you.

I heard the record went high in the Austrian charts.

Brian Diamond in front of a TV-camera

And now some more spots of their career:

that toured all over the UK with names like John Leyton and Mike Sarne.

to name a few of the stars of the 60's they backed. (click on the pictures for further information) 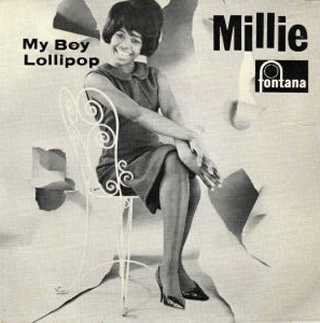 During all the gigs there was always time for some jokes. 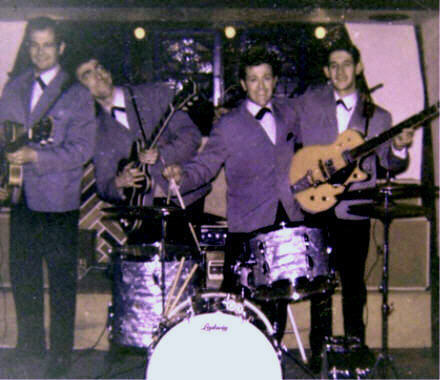 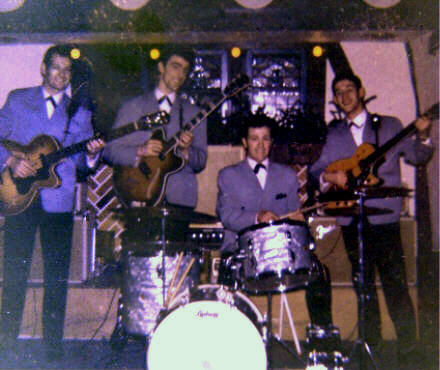 In 1964 they also did a spot on the Film The Beauty Jungle as a circus-band. 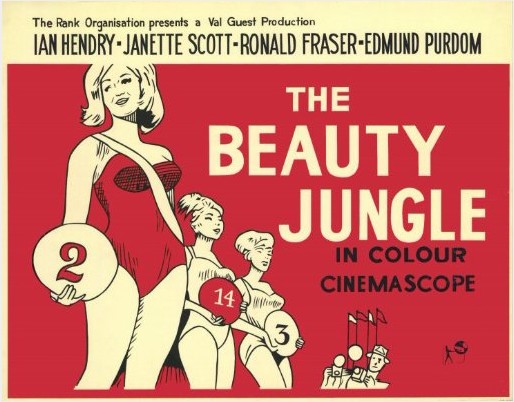 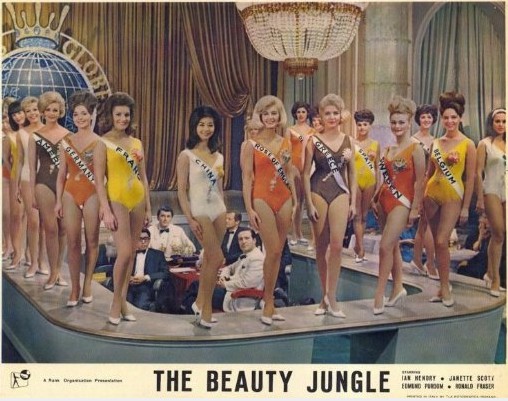 Among other things they played in Dunstable at the California Ballroom.

And in Ramsey at the Gaiety Ballromm 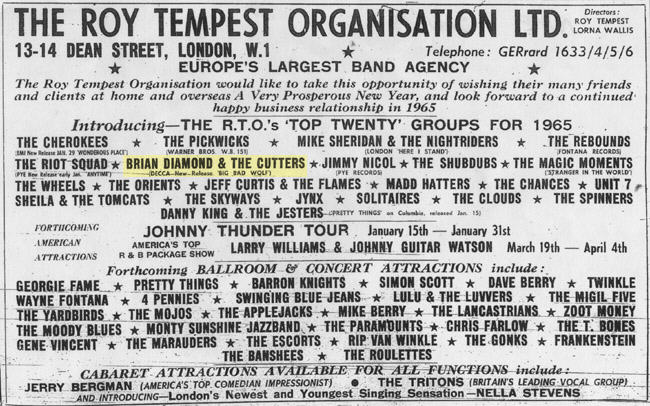 We embarked on an extensive tour of England

and Scotland, travelling in a mini bus.

On two occasions we played in Germany

in Trier and Mannheim.  Even with our hopes held high,

we were always poorly paid, and this contributed to the eventual break-up.

Here are two rare pictures of them in Antwerp, with their wives and guys from an Italian band. 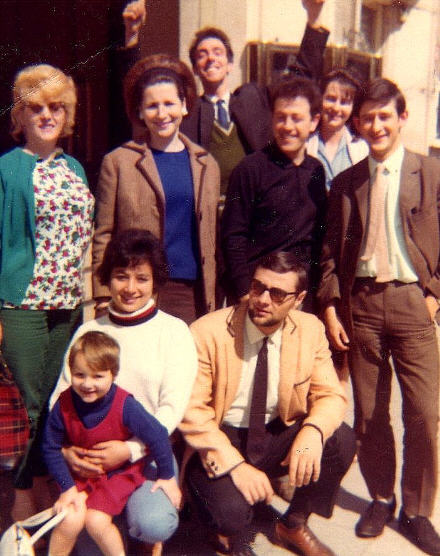 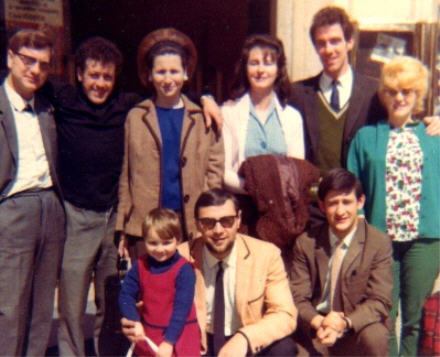 After the tour the band disbanded!

Alan went into nightclubs, theatres, hotels, radio broadcasts & a week on the QE2.

Brian went back to the Dry Cleaners

became the manager & then owner and was still gigging.

John became a long distance lorry driver and moved away.

They have not heard from each others in many years...

after 45 years! It was a wonderful reunion!

This is what Alan Greenwell wrote to me about the band:

thank you so much for your kind remarks.

All of us felt that we were just an ordinary band of the 60's.

We worked hard to keep up with the good bands that were around at that time.

I'm sure I speak for all the band, when I say that there was nothing big time about them.

They were all modest about their playing abilities.

You asked about the band:

Brian was the rhythm guitarist and lead singer.

A handsome young man with a voice similar to Slim Whitman & Frank Ifield.

He loved country music and could reach some really high notes.

Brian also liked to write his own songs, which Les would arrange the music for us all .

Although Brian Diamond was the name, in the band he was a very modest man, friendly

and out going, always willing to help others and always ready for a laugh.

As a band we got on very well, as did our wives.

It was a sad day when we decided to go our different ways!

He had many guitars, an acoustic Gibson and a Spanish guitar,

also a twelve string guitar which he used on recordings.

His electric guitars included Gibson & Gretch, along with others.

I cant remember what they were. He had so many of them.

The people that he admired and studied were:

and also guitarists of the day for pop & country music.

His teacher was a man called Roy Plumber, a  brilliant session man .

Les was NOT a pop guitarist , but played all styles very, very well.

When the band broke up Les & I did gigs together for some time.

He later went on to work with the top big bands, recording & TV-jingles.

Les was a good friend!

We had a lot of laughs together, he had such a good sense of humour,

he was the only single man in the group. A dedicated musician, a great guy!

He spent a lot of time with me & my family.

Les was the ARRANGER of all the music.

Brian would have an idea and it was Les that put the music on paper .

It was great to play with Les instrumentally.

Especially  when he did his solo spot.

And as a backing for Brian & I singing .

This is one of Les Thatchers' LPs, which was also released in the U.S.A.

"Madman Across The Water" (Elton John)

He played all kinds of guitars, a banjo & a tuba.

And here is a wonderful little story from December 2014...

Thank you so much, Martin!

Johnny was  a very nice man, he was older than the rest of us.

Quite spoken and had a good sense of humour - a great dart player!!!

He was the calming influence of the band. Not that we had problems with each other,

just the circumstances of travelling around and business etc.

John dealt with all the physical needs of the band, transport, food, lodgings, finance & PA system.

He made sure we all had a good sound.

John was part of the Earl Barron 7. He was a good competent bass player!

He kept the band in time and was able to push the band when needed.

He would have us in stitches with his jokes, on stage and off.

Yes, I had a Ludwig kit, with Zildjian cymbals which I still use with a bigger bass drum.

Bought in 1962 thought to be the first one in the country!

It came from a cruise ship musician who sold it in England .

Having no transport of our own we took it home on the subway and bus!!!

It still sounds good after 40 + years.

My mentor was the brilliant  British Jazz drummer Kenny Clare (you can see him on youtube).

I studied a lot of the big Jazz drummers of the day,

When pop began, Harvey Mason, Steve Gad among others, who could put it together well.

The time with the band was a good experience for me, with drum solo features.

I practiced my reading on the long journeys and it started my singing career.

the Kinks, the Animals, the Rolling Stones etc.

Using arrangements from Les and his playing ability .

We always went down well.

We had fun and we were all good friends!

But the history continues...

Some notes from Brian Dimond:

After the Cutters I then formed a Band called The Exit.

We stayed together for 22 years and worked constantly

every weekend at various Hotels in London.

to suit the occasion.

The Exit with Brian singing.

I eventually decided to quit the band work when I was 60!

I know you will so pleased Al and Cherie came over

to our house for a reunion after 45 years!

All because you were determined to make it happen

and get us together again.

We had a wonderful day,  the weather was perfect

that had happened over the years.

I would have recognised Al anywhere,

he hadn't changed, just got older.  Cherie is still the lively,

lovely girl she always was so many years ago. 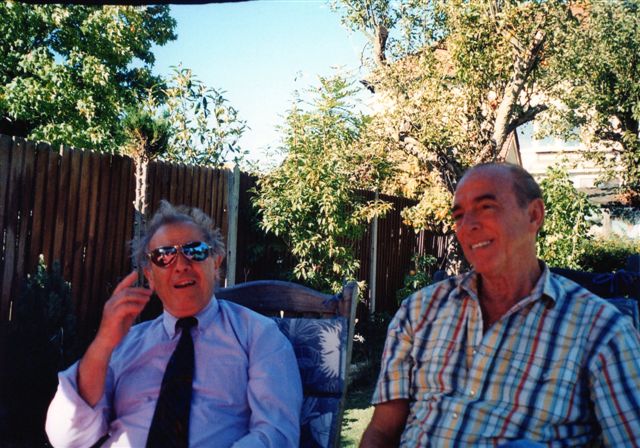 A rare cover from Denmark 1965 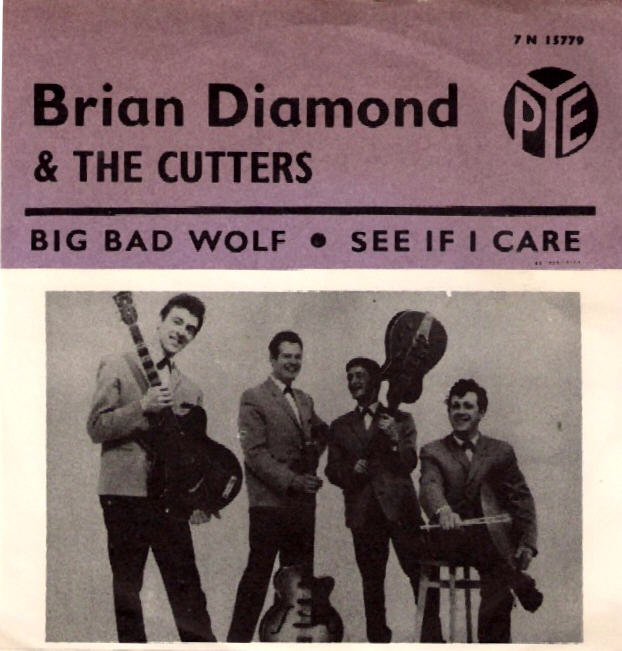 Some more nice pictures are here:

Brian Diamond & the Cutters on CD

Here's a medley of all Brian Diamond & The Cutters titles